What is that #UnitetoWatch hashtag about you might say? What does it mean?

#UniteToWatch is a grassroots movement aimed at bringing the four corners of the US Domestic Soccer market together to support TV media efforts of MLS, NWSL, USL, US Men’s & Women’s National Teams and other lower leagues like NISA and NPSL etc.

In simple we are stronger together when we work in unison. 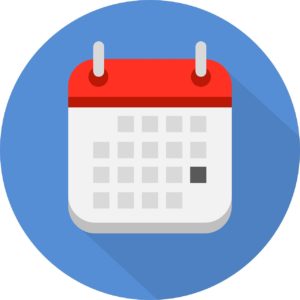 Unlike many of the other of the Major Professional US Leagues soccer viewership is fragmented by the vast variety of leagues to watch. This fragmentation allows networks to undervalue a HUGE portion of sports fans. Fans like you and me that love the beautiful game. You’ve probably noticed the decrease in soccer coverage on Cable TV over the last 5 yrs. too with an ever-increasing migration over to paid subscription streaming services. While that can be great from a standpoint of having a lot of soccer in one specific spot, #UniteToWatch believe the downside of this is soccer loses the wide audience draw that it had and thus kills further expansion of the sport. You aren’t reaching potentially new fans behind a paywall.

As stated, the best way to reverse this trend is to support ALL Domestic Soccer Leagues that for the time being have access to National Cable distribution. #UniteToWatch starts and grows the National Sports Media Conversation where are leagues aren’t merely covered to fill a quota but because there are passionate men and women that love this beautiful game in THIS country. Yes, I said THIS country and that means not just we love to watch the sport played an ocean away by mostly foreigners, but we love to watch it played in the USA.

Our passion and size are easy for National Sports Media to dismiss and soccer is always put into perspective as well “it’s just the Foreign leagues” “no one cares about soccer here”. We’ve all heard those smug phrases that attempt to diminish us.  When we show TV Sports Media Networks that there is a large pool of Domestic fans that still care and want to watch the sport in THIS country, we make it harder for them to ignore the GROWTH POTENIAL!! Businesses want to make a profit, they don’t want to sink resources, time and effort into things that don’t make a return on investment.

Let’s show them our massive size and economic power when we UNITE.

From the four corners of America lets #UniteToWatch