“Success is the sum of small efforts, repeated day in and day out.” R Collier. During the January transfer window, it is often the relocation of MLS players moving abroad that gets the most attention. They are generally seen as a sign that America, and the MLS, are moving up in the soccer world. But some of the most impactful moves can be those that take place from one European team to another during this 2021 January transfer window.

We have already discussed the record eight transfers from MLS clubs to European clubs. In this piece, we will be looking at the five USMNT players who have had a change of scenery during this 2021 January transfer window.

To me, this was the most significant move that took place during the transfer window. Chris Richards had been at Bayern for three years and had climbed his way from Bayern U19, to Bayern II, and then made his debut for the Bayern senior team. While training week in and week out with the reigning Champions of the UEFA Champions League was a good experience for Richards, it was time for him to go on loan so he could start to rack up more Bundesliga minutes. Richards was loaned to Hoffenheim, who currently sit 12th in the table after 20 matches played.

Hoffenheim is the perfect fit for Richards because he will be reunited with his former coach Sebastian Hoeneß. Hoffenheim have also deployed three center-backs for most of the season. With Richards’ positional flexibility and familiarity with the coaching staff, it was not surprising to see him land at Hoffenheim. Richards made his first-team debut this weekend and finished the match as the highest-rated defender for Hoffenheim. While the 3-1 result to Frankfurt wasn’t the result Hoffenfeim was looking for, Richards can learn from the few mistakes and still hold his head high coming away from the performance. As long as he continues to perform well and improve, I am sure he will add to his Bundesliga minutes. 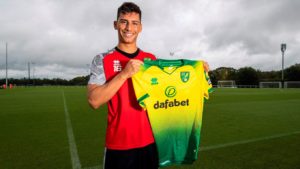 Sebastian Soto was on loan from Norwich City F.C. to Telstar and was recently recalled home during the January transfer window. During his time with Telstar, Soto appeared in 12 matches and tallied seven goals. Soto also made two appearances for the USMNT during that time and scored a brace against Panama. The two appearances for the USMNT Soto qualified for a U.K. work permit and has now returned to Carrow Road. Norwich City F.C. currently sits in first place in the English Championship after 28 matches played.

Norwich has primarily played with one C.F., and the duties have been split between Teemu Pukki and Jordan Hugill. Hugill is currently out with a hamstring injury, and Pukki has been a bit out of form over the past few matches. Soto made his debut with Norwich City F.C. U23 this past weekend against Fulham U23; the match finished 0-0. If Soto can sharpen his skills with the U23s and find a way to put a few in the old onion bag, then a first team debut could be in the realm of possibilities for him.

Deandre Yedlin was once the crown jewel of young U.S. prospects plying their trade over in Europe. After the 2014 World Cup, where Yedlin performed as the USMNT super-sub, it seemed like every team was trying to find a player with his type of game changing speed. Yedlin spent the past six years playing with various teams in the Premier League, most recently Newcastle United. This season seemed like a bit of a quagmire for Yedlin. There were times where he would not make the 18, and then there were other times where he would start three to four games in a row. He performed well in those starting stretches too.

While being unable to find consistent minutes, Yedlin has now taken his talents to Galatasaray. Galatasaray currently sits in first place of the Turkish Super Lig and has regularly represented the Turkish league in the Champions League. The current starting right-back for Galatasaray is Martin Linnes, and the Norwegian international has been performing well this season. What has yet to be seen is if Galatasaray will extend his contract at the end of the season. If they choose not to, it could mean that we will see Yedlin playing in the Champions League next year.

What seems like eons ago, in mid-2019, Tyler Boyd was the latest name to cause #DualNationalPanic. Since choosing to represent the USMNT, Boyd has played for another well-known club in the Turkish Super Lig, Besiktas. During his 29 appearances with Besiktas, Boyd has scored three goals. He suffered through dips in form, a PCL injury, and not making the 18 to ensure Besiktas was compliant with their foreign roster rules.

After enduring the ups and downs with Besiktas, Boyd has now been loaned to Sivasspor. Sivasspor currently sits 11th in the table after 23 matches played. Boyd recently made his debut with the Turkish side playing 35 minutes and completing 75% of his passes. If he can regain his form and return to Besiktas next season, he could add his name to the long list of USMNT players appearing in the Champions League. 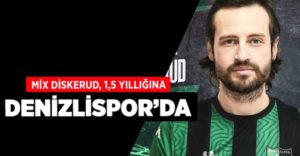 The once long-locked number 10 of our USMNT has found himself playing soccer all over the globe since he burst on to the scene in 2010. He has played in Norway, Belgium, England, MLS, China, even appeared in a Small Goal Soccer tournament I played in Phoenix, and now he will be playing in Turkey! Tell me if you are noticing a trend here?

Mix has joined Denizlispor, who currently sit at the bottom of the Turkish Super Lig after 23 matches played. While he will probably never dawn the Red, White, and Blue again, it is still interesting to see how far our representation stretches across the globe. Here is to hoping Mix can find the magic he once held in those luscious locks back in 2010.

Now that the transfer window has come to a close, we will all have to adjust our T.V. viewing schedules each weekend. It is important to remember that it is not always the biggest moves in our lives that make the considerable differences. Sometimes a small change in scenery can be the springboard we all need to make it to the next level. Who do you all think will be most impacted by their recent move? Leave it in the comments, and we will be sure to engage.