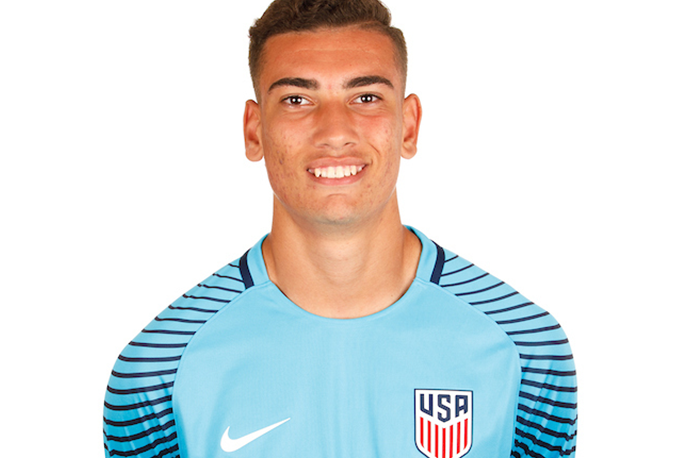 US History: CJ has been in the US youth system since the U15 level. He is still awaiting his first senior USMNT call-up

CJ is a unique American goalkeeper prospect. He is good with both feet and is comfortable passing out of the back. Despite his massive 6’4″ frame, he is quick to get to ground. He is both a passer and a shot stopper. This is an ideal attribute for the USMNT. CJ is also able to command his box. He communicates with his defenders and ensures they are all on the same page. He is comfortable coming off his line as well. CJ is aggressive when he needs to be, while also knowing when to be calm. That perhaps is the most important part of his game, he is extremely intelligent.

As a young boy, CJ was first call-up was to the U15s. He progressed through the USYNT ranks making the roster for the U17 World Cup and the U20 World Cup. The next step for CJ is most likely the Olympic team, should he be released by Benfica. Given the number of matches the USMNT will play in the summer of 2021, it would not be surprising to see CJ earn his first senior call-up, maybe even his first cap. The fluctuating goalkeeper situation certainly helps him in this regard as well. Regardless of the situation next summer, save an injury, look for CJ to be involved in some capacity.

CJ was a member of Philadelphia Union’s academy before moving to Benfica’s academy for the 2016/2017 season. He began with Benfica’s U17s before moving up to the U19s the following season. During the 2018/2019 season, he also played in the UEFA Youth League. For this past season he was promoted to the U23s, where he only made a handful of appearances. For the upcoming 2020/2021 season CJ will look to become a more regular player for Benfica’s U23s and continue to develop into a potential starting first team goalkeeper.