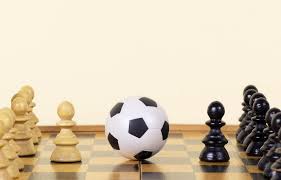 The US made it out of the first qualifying window with the minimum points required to call it a success. The general rule for qualifying in CONCACAF is to win your home games and draw your away games.  That usually gets you at least in knocking distance if not all the way in.  For this set of matches, the US had two away games and one home.  If they won their home game and drew their away games, then that’s 5 points.

The US chose the harder path to 5 points. They drew one away game and their home game.  To get the minimum, they needed a win against Honduras.  They get it in dramatic fashion.  After looking disorganized and defeated in the first half with a score of 0-1.  The US came back and won 4-1.

This window was stressful for fans.  The US started with a draw to El Salvador in what was a very winnable game.  Winning away in CONCACAF is hard.  Many veteran players defended the draw.  The fields are bad.  The environment is very hostile. The refs are questionable. There is no VAR and all our European based players were required to do a lot of travel.

Fans went into the game with Canada with a lot of hope. I was at the USMNT vs Canada game in Nashville and the crowd was great.   We win this game and we’re on path to at least make par.  The US struggles all game to score and ends up with a draw at home.

The last two managers for the US have talked about pushing the USMNT into the new era. Under their leadership, the US would play attractive, possession based soccer.  There is a lot of debate about how much that should be a focus. Berhalter came in three years ago with that promise. It was so heavily stated that Lalas early on questioned if Berhalter was too romantic or practical enough to get wins.

The first test of these ideas were in the first year.  Teams worked to press our backline. US struggled mightily to pass out of the back. Passing from our defensive third s to the attacking half is a first foundational piece of a possession game. We lost heavily to Mexico in a friendly trying to pass out of the back. That was a friendly, however and can be excused.  Then we lost to Canada in the Nation’s league. That rocked the boat. Was Berhalter so tied to a style of play instead of finding the correct tactical approach to win?

The following year the USMNT added a high press to their toolbox. Again they were focused on pressing and winning the ball to generate scoring chances. This worked well in many games. It was again scoring via transition opportunities, though these were much more self created.

This is what the US has traditionally been very good at.  Most of my best memories are the US scoring on counters and transitions.  Many of our best players such as Pulisic, Reyna, Adams, and Mckennie, Robinson- all play for teams who excel in transition. Few of our players play day in and day out on teams that do anything else. Pulisic plays for Chelsea but struggles for playing time if it’s a game where he is unlikely to attack in transition.

The US coach, coaching at the highest level for RB Leipzig, focuses on the press and scoring in transition.

The US players, coaches and system simply do not have a history, reputation or extensive experience breaking teams down with possession. The only games I can think where we have done that have been against teams where the US had an immense talent advantage.

This is why many fans and some coaches have said this should be our identity.

Identity though is philosophy.  Tactics are about ideas to win games. Tactically, there are four phases of the game. Without the ball, with the ball, transitions, and set pieces. Transitions are only one phase and just about any decent team can focus and take away a strength in one phase of play.

The Red Bulls soccer franchise has been built on the high press.  Yet before Jesse Marsch they hired Julian Naglesmann. He was brought in to bring more possession oriented attack to a franchise that struggled against teams that took away transitions.

All of that is to say- Canada came into the game with the US with one goal. Take away the transition play.  Canada had already tried pressing the US into submission with poor effect. All the US did was play direct and create transition attacks.  If Canada tried to possess the ball, US pressed and turned those into transition attacks.

So Canada decided to remove those transition attacks. They did this by doing a few things.  One, they attacked directly with no intent to score with possession.  Second, when they lost the ball, the attackers immediately counter pressed to keep the US from attacking quickly.  This meant that as soon as Robinson or Adams wins the ball, a Canadian attacker was in his face. This forced the US to make a choice.  Try to beat that attacker 1v1 in your own defensive 3rd (very dangerous) or pass it backwards and move it around the pressing player.  If they all out pressed, the US players can keep doing that until they find a man free enough to hit a direct (longer) pass.

Canada didn’t all out press though. A US player couldn’t win the ball, pass to a teammate and then attack directly to punish it.  As soon as the first line of press was broken, they fell back into a low block and took away the space behind them.  The direct option was rarely there.  They were particularly watchful of Pulisic.

This forced the US to progress more slowly up the field. It forced the US to try and win the game via possession.  The US simply couldn’t do it.  They could not break Canada down. The one time the US scored, it was a rare transition opportunity.

I’ll go into later what the US tried and why it didn’t work. The point being- they could not break a decent (not stellar) team with possession.

This seemed to shake the US confidence.   I was personally concerned this could turn into a criss.  Soccer tactics are about problems and solutions. Defense creates problems and offense has to find solutions (or ideas) to solve those problems.  Throughout the last 3 years, for every problem presented to the US, they found a solution tactically but it was almost always a way to score in transition or set pieces.

Canada has provided the US with a boogeyman. The problem to solve is how can the US break down a decent team and win with possession?  Of  course other teams would copy this.  Honduras was already averaging 30% possession going into the match.  If the US did not solve this problem- a problem we have spent years trying to solve-  qualifying could be at risk.  It had players, such as Pulisic, saying things like they needed new ideas.  New ideas is soccer speak for they needed new ways to solve this problem.

So the US came out against Honduras with a whole new formation and with multiple new personnel. They came out with a slew of new ideas to tackle this problem. They put in 3 good CB passers to break the lines and spread the ball. They put in Sands (a good deep passer) at the 6. Acosta next to him who is also a good deep passer. They put in Bello, a creative player, who can attack in the halfspace.  They started two strikers to take up defenders and create more connections and space for our creative players such as Pulisic.   I have to think their training session(s) were evolved around breaking the low block.

Then Honduras surprised us all with a pressing strategy.  The result was first half mayhem.  Sands, a very good passer, suddenly is trying to cover a lot of space.  The answer to pressing is to play direct. So CB’s are trying to play long balls. Strikers and wings are trying to get in behind.   The chaos spread out the backline from the attackers. This created more midfield problems. Already ill suited to cover space, players like Sands were having to cover more space.

Then the unthinkable happened.  As CB’s tried to play direct and attackers tried to get in behind, our cm’s struggled to cover ground. Sands in particular,  a very good passer but with more CB speed, slipped and slid all over the field trying to keep up with attackers. This opened up space in the midfield. Brooks correctly stepped up but missed the challenge. Honduras broke our defensive line and the attacking oriented Bello was slow to react.  Honduras scored first.

The team looked defeated. Their energy dropped. Their tactics were confused and our best players started trying to play hero ball.

At half time, Berhalter righted the ship. He switched out the players who were in their to beat a low block and went with a pressing strategy.  Aaronson for Sargent. He plays for RB and knows how to win the ball and attack.  Robinson who is fast, aggressive and good defensively replaced the creative Bello.  Llegett came on for Brooks so we could add more midfield stability and move away from the back three. All moves geared to win the ball, transition and score.

Mostly I think fans felt relief. It was a solid win away for game most of us penciled in as a draw before the window started.  We had 5 points total. It didn’t go at all to plan but we have the minimum needed to feel like the window was successful.  We’re sitting in good shape in the table with a plethora of easier games and home games available.

A big looming question remains for the US. This is supposed to be a golden generation.  It’s supposed to be the pivotal world cup cycle when the US talent pipeline opens up and we start to see who we can become as a soccer nation.  The team says they want to change how the world sees the US when it comes to this sport.

Yet Canada found a weakness in this golden generation.  Canada not only successful achieved a draw in a game the US needed to win, but they rattled the team.  They caused them to overcompensate going into the next game. That overcompensation almost caused a loss that would have erased all the good will and excitement generated by two domestic trophies.

Right now, qualifying for the World Cup may hinge on the US solving the one problem that has eluded us for decades. When we get into the next window, who will have learned more? The US or our opponents?  Can the US win games against good opponents without transition play?

Can the US win with possession against good teams?

Time will tell.  I hope so.