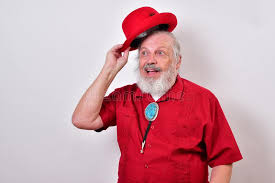 The USMNT has qualified for the 2022 World Cup.  But was the entire qualification campaign a giant exercise in world gaslighting?  Here is the definition:

“Gaslighting is a form of manipulation that often occurs in abusive relationships. It is a covert type of emotional abuse where the bully or abuser misleads the target, creating a false narrative and making them question their judgments and reality.”

The first part that has to be satisfied is the abusive relationship criteria.  I would totally argue that nobody has been abused more than USMNT fans over the past 5 years!  Plus let’s look at the pattern of qualifying.  It was a roller coaster of performances and emotions.  The kind of pattern where someone makes you feel great then insulted that narcissists use to emotionally abuse their spouses.  Just think of the state of US fans at halftime of the Honduras game staring at a 2 pt window…

After only picking up 2 pts in the first game, Gregg Berhalter rolled out a completely un-played formation with a central midfielder that had never played there before for the USMNT, a uncapped 18 year old at striker, and the best available defensive midfielder as a right wing back!

Gregg made changes to start the second half and the subs, along with the 18 year old, broke the game open for a rare come from behind road victory.  The team then came out at home against Jamaica in the next window and looked great.  Everything was right and good and fans could rest easy again, right?   Hold on, Gregg then rotated just about the whole team, brought Lletget and Zardes and Acosta into the spine, and the team doesn’t even register a shot on goal and suffer a historically improbable loss (the USMNT had only lost a few times to Central American teams not named Costa Rica in the previous 20 years; the 2017 disaster team didn’t).

This pattern of a good home game followed by a terrible road game continued all through qualifying.  It was simply fan abuse.

But what has this abuse led to?  The idea that the USMNT cannot play on the road or against low block set ups.  But is that true?  It is true that the USMNT played mostly poorly on the road in Concacaf qualifying.  But if you look closely, almost every road game was a rotated midfield and forward line.  Does anyone expect Lletget, Zardes, Busio and Acosta, to start as “8’s” Qatar?  Will the first two even be on a 26 man roster?  Here is my starting lineup projection for Qatar:

How many of the above started in Panama?  Just two outfield players and one was a CB.  Simply put, the USMNT didn’t start that game.   Berhalter subbed in Adams at the half, but for Musah.  So, still only two outfield players.  For the last 23 minutes, they had three, if you think Pepi is the #1 choice at striker (many don’t).

Road games in Concacaf are just unique games that are not duplicated anywhere.  The fields are terrible, and the refs are incredibly lenient.   It is very easy to play defense against superior teams when the field doesn’t let the ball roll and the ref lets you hack down any talented player with impunity.

Are games in Qatar, Concacaf road games?  No.  They are not home games either.  But the fields will be pristine, the refs will be the best in the world and generally protect talented players, and rather than 1500 mile trips in between games, the games in Qatar are all a short bus trip.

Canada played a low block against the USA in both games.  The second was against our best midfield, but was played on a barely regulation width field, that was unheated artificial turf, in freezing weather.  Last I checked, none of the fields in Qatar are super narrow with artificial turf; and the weather will hardly be freezing in the desert of the Middle East.

The Canada home game is possibly the best evidence the team has a “problem” against a low block.  But how many Qatar projected starters started that game?  Well, it was better than the away Panama game as five outfield players project to start in Qatar.  But looking a little closer, the problem in that game was getting the ball from the back to the front.  The two 8’s in that game were Lletget and Acosta.  The former was soon out of the team for being too inept at progressing the ball, the latter has also not played well, offensively, as an 8.

Reaching back to June, the USMNT played Honduras at home and also had a problem generating good scoring chances as Honduras sat back in a low block.  But this game also only had 5 Qatar starters and again, Lletget as an 8.  This lineup also had the unfortune to have Yueill as a “6”.  While it wasn’t his last chance to be ineffective, it was the second to last and he hasn’t started a game since the Summer.

So, can the USMNT play against low blocks?  Few teams in the last decade were better at playing in a Low Block than Costa Rica.  In the home qualifier against the Ticos, the USMNT played 7 Qatar starters, and all 11 starters will be on the roster for the World Cup.  They then did the unthinkable and gifted Costa Rica a goal one minute in which made it easy for Costa Rica to sit deep and defend. In 2017, the same occurred and the Ticos got a second and shut out the USA and won.  In this game, the USMNT took control of the game and had three times the xG in that game (1.89 to 0.61) and won 2-1.  Generally, if you have three times the xG as an opponent, you win almost all the time.  If we face low blocks against Wales and Iran and come out of those games with 1.8 to 0.6 xG, we should easily get out of our group. 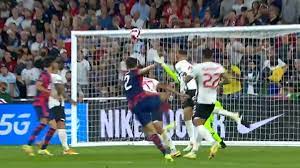 So, why all the discussion of terrible road form and terrible results against low blocks?  This was all by design!  It was a giant gaslighting operation by Gregg Berhalter to make the world think this way.  By abusing fans and by never ever overperforming in qualifying; by using rotated rosters with key inept players to make even the closest followers of the team believe they can’t succeed except against open teams in home games.

Not since Operation Bodyguard, has such a misinformation campaign worked so well!  As usual, we can’t give Berhalter all the credit.  His detractors would say he didn’t actually mean any of it!  That can’t be true, no coach would make such radical unsuccessful changes and decisions.  I mean, even that Costa Rica home game I think is such a good example of playing against a bunker, has Tim Weah as MOTM and he wasn’t even going to start.

There have just been a tremendous injury crises all during qualifying.  So, maybe Gregg didn’t mean to rotate so much, but was forced into it to some degree.  But it just added to the successful operation.  Think of it!  Our opponents have zero game tape of our actual best team on the field together.

There are 7 months until the World Cup.  There will be hundreds of hours of podcasts, thousands of Twitter posts, entire Discord discussions, dozens of articles, all bemoaning our lack of ability to play on the road and play against low blocks.  Just give a wry smile, nod your cap towards Berhalter, and say, “job well done, sir!”