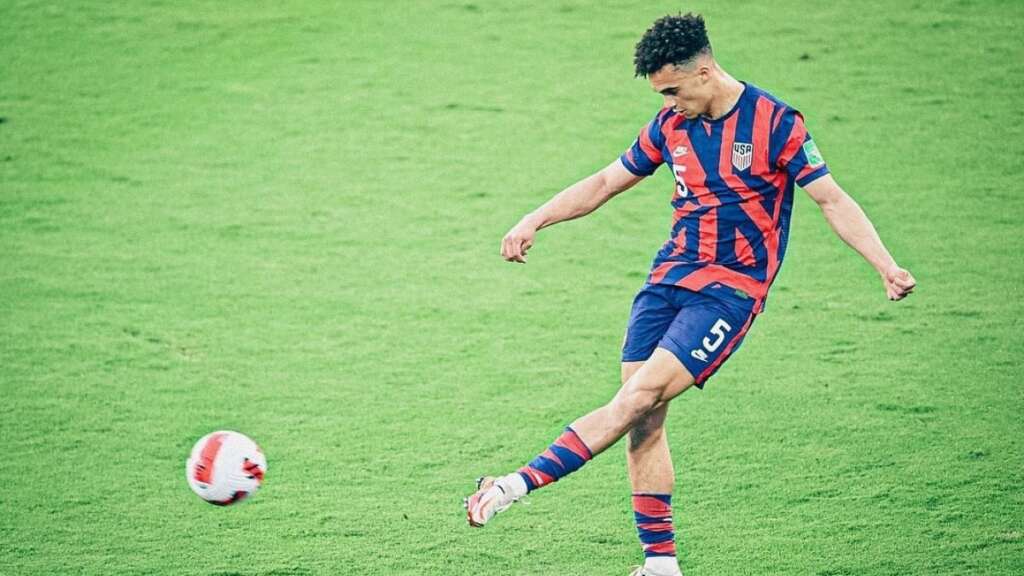 How long has it been since we’ve had a high performer at LB? A long time. If you’re looking to name a MVP for WCQ, Jedi Robinson is without question in the conversation. He is firmly cemented as LB1 going into WCQ. The big question, and maybe the biggest question within this entire squad is, “who is Jedi’s backup?” Gregg clearly doesn’t know. George Bello was the only other true LB to get time during WCQ. The last two initial squads from the last two windows did not have a true LB outside of Jedi, meaning that Sergiño Dest was LB2 if he needed to go there. Could Gregg go that route for the World Cup? Maybe, but that sure seems risky given Sergino’s injury history. There are plenty of quality candidates, it’s just a matter of who, if anyone, emerges between now and December.

Antonee “Jedi” Robinson has played x amount of minutes in qualifying, x most on the team. He’s a locked in starter for Fulham who look destined for a Premier League promotion going into next season. Jedi isn’t perfect, but he’s incredibly effective, durable and a very key player for USMNT. I’m excited to see how he performs in the Premier League next season.

If Gregg had to choose a true LB2 right now, you’d have to think it would be George Bello. He was called into the last camp late after Sergiño Dest injured himself on the weekend before camp commenced. George recently moved from the MLS to the German Bundesliga and it has been one of the more successful winter transfers for an American moving abroad. He’s playing consistently and recently received his first start. He’s playing well, but not outstanding and some of the concerns with his concentration lapses are still popping up. I’m not convinced he’s the best person for the LB2 job, but the team could definitely do worse. He’s still only 20 years old. We’ll see how he develops through the end of this year and at the beginning of next year.

Sam Vines is the other LB that has been called into camp during WCQ, but he did not see the pitch. He moved to Belgian side Royal Antwerp over the summer of last year and the results have been mixed. He seems to have lost his starting position, but still getting some minutes. Of all of the left-backs I’m reporting on, I rate Sam the lowest. I’d prefer to see DeJuan, John and/or JoGo get a chance this summer to see if they can prove themselves.

Keep An Eye On…

If you follow me at all you know I am a big fan of DeJuan Jones. I think he is the best LB in the MLS and talented enough to play in the top 5 leagues in Europe. He’s a late bloomer who entered the MLS through the draft. He’s never represented the US at any level, but he was in the January camp. I’m really hoping he gets the call in June to play in the Nations League. If he doesn’t, his chances of making the World Cup team are very low. He’s a very athletic player that’s effective on both ends of the pitch. He profiles very similarly to Jedi Robinson and I think he would be a great fit flying up and down the wings in Gregg’s system. He is a right footed left back, but his left foot is plenty good enough to play at a high level on the left side.

JoGo has the highest ceiling of all of the LBs that are in the mix or worth keeping an eye on. He was born in 2003, so he has the option of playing with the U20s this summer and he has not yet made a decision on whether he’ll commit to USMNT or Mexico. I don’t think he’ll make a decision until he has one to make, in other words, he’ll make a decision when one or both federations call him into a competitive senior camp.

It’s more possible that Gregg calls JoGo into the Nation’s League camp which would cap tie him. Mexico, more specifically Tata, is not as quick to give young talent an opportunity.

The dual national panic will really heat up if Jonathan gets promoted to the first team at the beginning of the 2022 – 2023 season and has a role for Real Sociedad, a club that currently sits sixth in the Spanish LaLiga. If that happens, which isn’t likely, but also not inconceivable as he has quickly made an impact on the B team, both Federations will likely come calling and JoGo could be a sleeper LB2 for the USMNT World Cup 2022 campaign.

John might be a surprise name on this list, but I think he’s a really bright LB prospect for USMNT. He’s already one of the better LBs in MLS at the age of 19 and his game is very sound. I currently rate him above both George Bello and Sam Vines. John has not been called into a US camp of any kind since the U17 Concacaf Championship in 2019. That isn’t too surprising because he really didn’t break out as a professional until summer of last year, after the Gold Cup. He was also not called into camp in December and January. John would definitely need to be called into the Nation’s League to have a shot to make a big enough impression to put himself in the mix.

Kevin Paredes is a long-shot and this might not even be the right position for him. He’s really a Left-Wingback and it’s unclear whether Gregg envisions Kevin as a LB or Wing in the USMNT 4-3-3 system. What we do know is Gregg thinks very highly of Kevin and we know that Kevin is highly talented.

Kevin isn’t currently playing at Wolfsburg and more recently he has not been making the matchday squad. Kevin will need to make big strides in the eyes of his manager and become an impact contributor in the Bundesliga next season to have a chance to make the World Cup squad. Kevin won’t likely be with USMNT for the Nation’s League. He’ll more likely be starting for the U20s this summer.