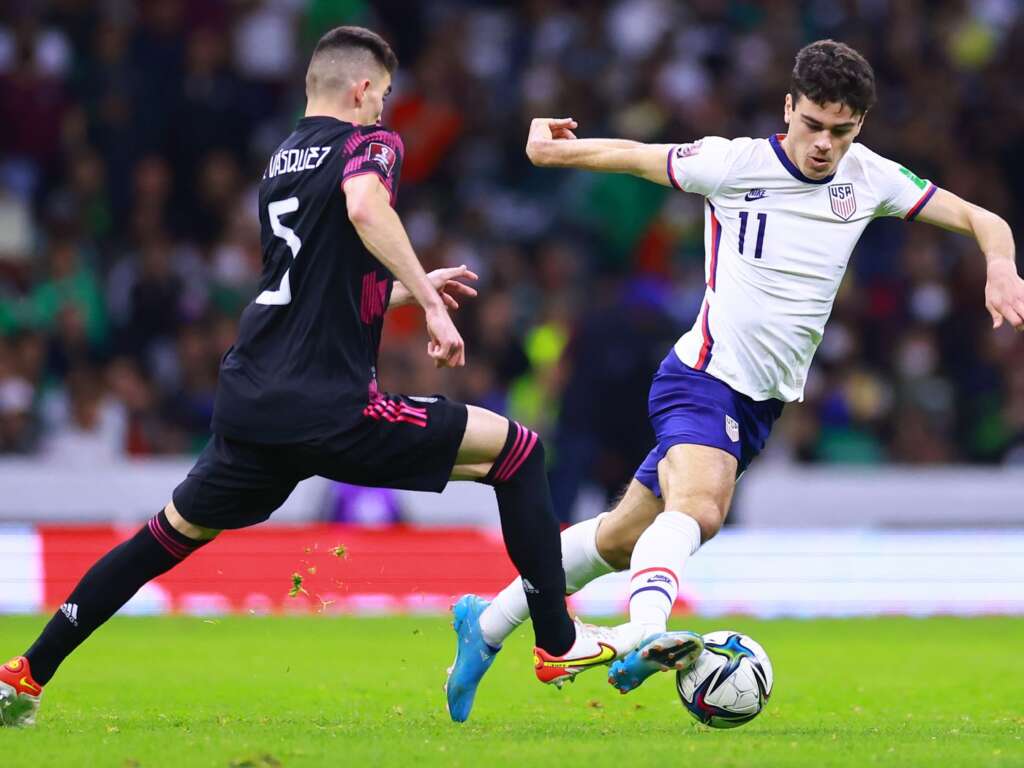 In the summer of 2010, I found myself completely enamored by the USMNT and their world cup run. I had never followed soccer before but there was something about that summer and those days that turned me into a die-hard fan. One of the first things I learned early on was that Mexico was not only our biggest rival, but at that time, they had the edge on us. In 2011, we went up early in the Gold Cup final 2-0 and it was like a dream. As we all know, Mexico ended up winning that game 4-2, and embarrassed a number of American players in the process during the last goal. I remember sitting in a restaurant in disbelief. That loss hurt.

As time went on, Mexico continued to maintain dominance over us. There were some bright spots: In 2012, the USMNT had their first victory in the Azteca, a match featuring the now notorious Brek Shea. In 2013 we had a 2-0 victory vs Mexico in world cup qualifying, but that would be our last victory against them in a competitive match for eight years. In 2015, Mexico won the first-ever Concacaf Cup, for a spot in the now-defunct Confederations Cup. That match was another heartbreaker, ending 3-2. To make matters worse, a year later during the 2018 world cup qualifying campaign, Mexico beat the USMNT at home in Columbus, Ohio. The final score in that match was 2-1 but it was a much bigger margin in terms of what the victory signified. Columbus had been a fortress for the United States. It was the place where we KNEW we were going to get a win, especially in world cup qualifying. But, that night, Mexico exercised their demons in that building. And that’s what I wanted to write about, exercising demons.

That loss hurt because it was at home, and back then, that was the only time we as fans thought we had a chance to beat Mexico. In 2013, Tim Howard was injured and Brad Guzan was going to start in goal at the Azteca. The US had just lost on the road to Honduras in the opening match of 2014 world cup qualifying and the pessimistic vibes around the Mexico game were palpable. I remember watching that game on edge, completely anxious that at any moment Mexico was going to burst up the field and score. And then do it again. And again. Then something else happened. The US went in there and didn’t let up a goal. We also did not score a goal, but the draw was looked at in an overwhelmingly positive light. Words like ‘historic’ were used to describe the US performance that night. That match changed the tone for that qualifying cycle and we ended up winning the Hex. That’s how much of an impact it had.

In 2017, we went into the Azteca desperate for anything. The team had already lost to Mexico once during qualifying and knew that a win would be near impossible. To Bruce Arena’s credit, a 3-4-3 and a Bradley wonder goal got us another valuable point. The campaign would end up as a failure. But again, the perception of playing at that stadium was overwhelmingly negative. We would be lucky to get a point, most likely faced a loss and a victory was out of the question. Those were the commonly accepted mindsets when it came to playing at the Azteca. Then, in the most exciting game I’ve ever watched, the pendulum for power in the CONCACAF region started to swing back in the United States favor. In June of 2021, with an unsavable Pulisic penalty and a penalty save from injury replacement Ethan Horvath, the USMNT beat Mexico in a competitive match for the first time since 2013 to win the inaugural Concacaf Nations League. Late that summer, a different US team would go on to beat Mexico again in the Gold Cup Final. The pendulum was really gaining speed.

Finally, to end 2021, the USMNT beat Mexico 2-0 in the home leg of world cup qualifying. That victory was a bit more expected. Then, something happened on March 24th that symbolized the pendulum finishing its swing, completely to the US. The USMNT went into the Azteca and took the game to Mexico. They played unafraid, were able to maintain possession at times and although they didn’t finish the chances they created, I watched the team go for a victory in that building, from whistle to whistle. When that game ended, I realized that as I watched, the typical nerves that come from a US-Mexico game changed. The old thought of  “Here we go, Mexico is going to score and then we’re going to have to respond but probably won’t be able to” was replaced by watching this team create better chances and play with composure.

From the moment the lineup was released, which was a surprise in its own right, to when the final whistle blew, it seemed that there was something different now. It was no longer going to be a scary experience to go down and play vs Mexico. We did not get the victory but this time after a draw, a result that has historically been looked at as a big success, was a big letdown because we outplayed Mexico in their house. The USMNT had never done that before. Tyler Adams mentioned early in the week that there was no fear and the players went out there and proved that to be true. The pendulum has swung in Concacaf and it appears that the United States will never be afraid to play Mexico away ever again. Canada may be the team in first place in the octagonal, but this United States team is finding its identity and potential. Watching the team play the way they did, exercising their demons in real-time, was fantastic. The best is yet to come.