It’s easy to get lost in all the meltdowns and outrage that takes place on USMNT Twitter any time a roster is released.  Inevitably, anyone who follows the team, and the player pool passionately will disagree with one decision or another.  That isn’t a helpful exercise.  A constructive exercise is to break down the exclusions by categories, reasons they were not called or status on the team.  When you do this for the October roster, here is how it breaks down:

INJURED (Self-explanatory.  Unavailable due to injury)

Pulisic is close to a return and may even feature this weekend for Chelsea.  Gio is likely not far behind.  But neither needs to be risked here and I would imagine neither of their clubs would be very happy that important players were injured while away on international duty, come back and don’t play for a month then go right back out on international duty where they could be risking further injury.  I think leaving them off is sensible, both from a risk standpoint and from a club relations standpoint.  This is fine.

SNUBS (Legitimate snubs.  Guys who have been part of the group and who wouldn’t have been surprising starters but instead weren’t even included in the roster)

Sargent and Pefok haven’t performed, so others get looks here.  Striker is a form-based position on national teams.  Sometimes that is harsh but if you don’t put the ball in the back of the net consistently, you are risking your place in the team.  Pepi was the productive one on the roster in September.  He is retained and the other two are replaced by other strikers who get their chance to perform.  This makes sense for this camp even if I personally think we could have used a big, strong target forward like Pefok against Jamaica.

However, I don’t understand Konrad’s exclusion.  With Pulisic out with an injury, the closest like for like replacement for him is Konrad.  Both are two of our best 1v1 attackers, both are comfortable with the ball at their feet and are extremely skilled dribblers capable of changing the game by themselves.  Berhalter seemed to want more verticality in this squad, explaining why Arriola was included.  That makes sense.  Not enough players on the US regularly get behind the defense.  It has been a big factor as to why the US attack has been so inefficient at times under Berhalter.  The problem with that is Berhalter is already bringing Hoppe, Weah (new inclusions this camp and both of which have this characterstic) and Aaronson (retained but one of the only players who was consistently getting in behind.  Arriola seems surplus in this area and in general the verticality thing seems to be an overcorrection.  Now it seems like we don’t have enough on-ball creators and this is something to watch out for during the games.

LESS CONTROVERSIAL “SNUBS” (Guys who have been on the fringe of the roster or mainly second or third choice selections and miss out due to form, playing time or simply because there are better options) 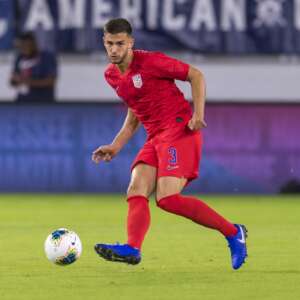 I don’t have an issue with any of these exclusions.  We will cover this a little further below, but Miazga, Zimmerman and Sands are casualties of a numbers game in central defense, Sands also didn’t look good enough in midfield to warrant his inclusion over other guys in that position, Cannon isn’t getting games at Boavista and right back is one of the US’ deepest positions and Vines isn’t getting games at Liege.  Dike perhaps has a case here.  He has been playing well of late in Orlando and again, the US may have been able to use a strong target forward against Jamaica.  We will see if Berhalter regrets not having this profile forward in that game, whether it had been Pefok or Dike.

LEFT OFF / NOT RATED BY BERHALTER (Guys consistently left off, not typically included in the core group of selections for the manager at this point) 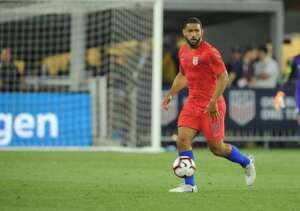 I teased this above with Miazga, Zimmerman and Sands.  Center backs have largely performed well the past 18 months with a couple exceptions like Brooks recent appearances and McKenzie in the Nations League Final.  CCV and EPB can’t break into this group because it is at this point 8 or 9 deep of players who have been playing well.  When you have 8 or 9 guys similarly rated, you are either sticking with the guys who are performing (the case with Miles and McKenzie), sticking with your top rated defender hoping he figures it out (Brooks) or calling the highest upside young defender (Richards).  It doesn’t mean Miazga, Zimmerman, CCV or EPB are bad options, but they are going to find it difficult to get calls until the current contingent either have poor performances or are injured. I know a lot of people (myself included) have found it difficult to justify Ream’s continued inclusion at this level with his age and performances the past year.  This is the position to target if you are any of the above players.  But that is one open job for five players.  Difficult situation to break in.  Green simply isn’t rated by Berhalter at this point.  Furthermore, the Roldan inclusion is for a very specific utility role off the bench for multiple positions.  Green is certainly a more technical, better attacking midfielder than Roldan, but that isn’t really the reason Roldan is included.  Green would need to be called over Luca de la Torre or Musah or McKennie and the latter two certainly aren’t happening.  You could argue Lletget would be the spot for Green and I may agree if Lletget hadn’t literally done everything he has been asked to do every time he has seen the field.  Lletget is a good soccer player.  He isn’t elite.  But he executes his assignment well.  If you are the manager, it is difficult to replace a guy who is executing the job you are asking him to execute.  Boyd has fallen far down the pecking order at this point it seems. 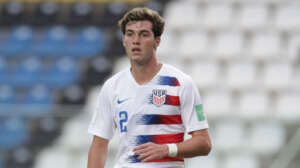 Scally (note: this is according to Berhalter, not me)

Some controversy here.  Scally shouldn’t be in this category.  He is literally one of the most in-form American players in a top five European league at the moment.  The full back just won player of the month for one of the most storied clubs in the Bundesliga and is a locked down starter for the team.  Berhalter said he was too inexperienced, and he was looking forward to his future integration.  The problem?  How is Scally supposed to gain experience if he isn’t called in?  It defies Berhalter’s own logic.  The major note with all of these exclusions too is the fact that it doesn’t necessarily have to be zero-sum.  It’s not like calling Scally meant Berhalter had to leave Moore or Bello at home like some have said.  There is no restriction as to the amount of players a national team can call to these camps.  The only requirement is limiting the gameday squads.  Want to integrate Scally?  Bring him to camp, build chemistry, have him train with the group and learn the system.  I don’t want to make this a big deal.  The sky isn’t falling because Joe Scally wasn’t included at this point.  But this is a missed opportunity and the logic of not calling him simply doesn’t make sense.  Reynolds is likely a cross between here and the poor club situation category above.  Guys like Clark and Cowell could add some things, but I agree they are a bit too young and inexperienced for this.  A camp invite to train with the group and integrate into the system?  Sure, that would have been fine.

Everyone knows who our top three keepers are.  Steffen can’t travel to Panama and will stay in the States.  The backup to Turner in that game must be able to travel.  This is fine.

So, after doing this exercise, all in all there are only two guys I am really disappointed are not here: Konrad and Scally.

Arriola over Konrad baffles me. I honestly mean no disrespect but there isn’t a lot that Arriola gives you that Roldan wont.  Konrad is better out wide than both and gives the squad something different as mentioned above.

So, if you’re going to continue to call Roldan for the hard work utility player off the bench role (and I’m on the record saying “this is ok for now”) then Arriola is surplus to requirements.

On Scally, I simply disagree with Berhalter that he’s too young.  Bello is young too.  Joe Scally is less than a year younger than him and is playing at a higher level.  I think Scally is a more complete defensive player than Bello. You are more likely to get defensive mistakes out of Bello than Scally.

And again, this wasn’t mutually exclusive. Berhalter could have called in both AND kept all the guys he has.

But all in all, two changes isn’t bad.

I know Green is a popular snub for folks but no matter what you think of him, he isn’t the savior.  He’s a depth guy.  Why freak out about his exclusion?

The good news is there are way more exciting INCLUSIONS here than the two disappointing EXCLUSIONS.

Musah, Richards, Hoppe, Weah and Busio are all new from last camp and add interesting things to the group.

I’m excited to get another look at breakout guys like Pepi, Miles and Antonee.

We have established stars like Adams, McKennie and Dest.

It’s a good roster!  Now, let’s unite and cheer on our boys as we try to qualify for a World Cup.