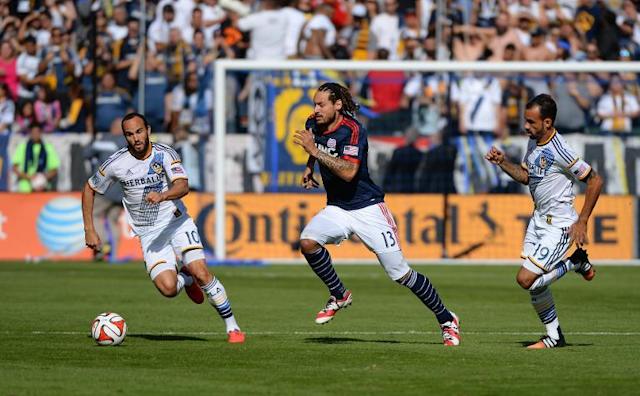 Major League Soccer is looking to once again change their MLS Cup Playoff format which I have to assume is finically motivated headed into the 2026 cycle with the USA along with Canada and Mexico will be hosting the World Cup.

Here’s a look back at the changes and or expanded its playoffs many times over its existence and here’s how it’s changed over the last 26 years.

In the first four seasons of the MLS, the playoffs included eight teams, which would play a best-of-three series to advance to the Conference Semifinals and Conference Finals. No ties were allowed and teams would go to penalty kicks to determine the winner of the match. The MLS Cup Final would be a one-match fixture.

In 2000 Major League Soccer made a slight change to the playoff format by adding a points system, which gave a team 3 points for a win, 1 point for a draw & zero points for a loss, with a team needing 5 points to advance to the next round, with the best of three series still being used. As needed, the Added Sudden Death Extra Time (ASDET) and Sudden Death Extra Time (SDET) were included during the playoffs. The MLS Cup Final remained a one match fixture.

In 2003 the MLS once again changed their playoff format and instead of the best-of-three series so that the Conference Semifinal would be a two-legged home and away aggregate series. The team who had the higher seed would play their home game in the second leg of the series. The Conference Finals would become a one match fixture with the MLS Cup Final continuing to be a single match. 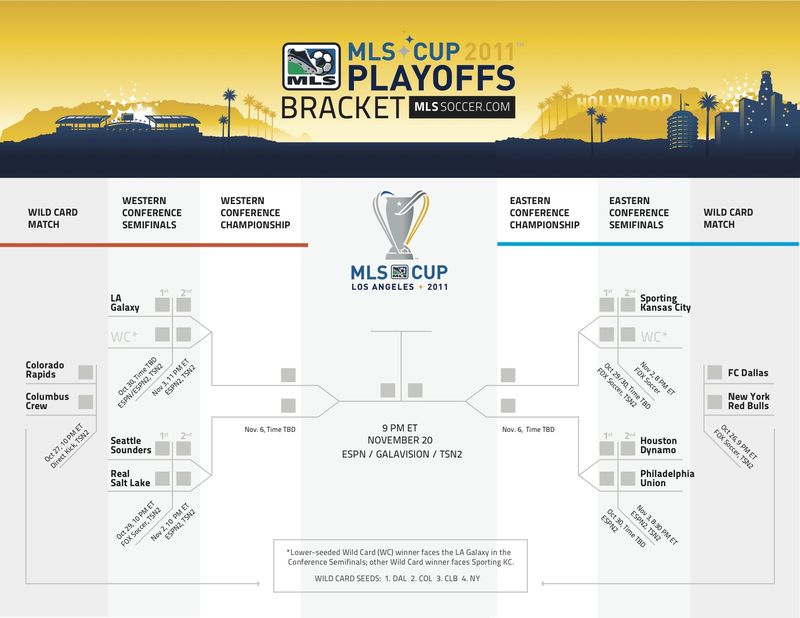 In 2012 the Play-In (Wildcard) removed the crossover series seen only in 2011. The first round would only be a one-off match between the fourth and fifth-place teams from each Conference. Conference Semifinals and Conference Championship series were conducted in a home-and-away aggregate-goal format. The lower-seeded team in the Conference Semifinal hosts the first game, and the higher-seed hosts the second. The MLS Cup Final would remain a one-match fixture.

Two-legged home-and-away series for with 1 match Knockout Round (3rd, 4th, 5th & 6th Seeds in each Conference)

In 2015 the MLS would once again increase the number of teams who made the playoff from 10 teams to 12 teams. The first round would only be a one-off matches between the third, fourth fifth, and sixth-place teams from each Conference. The Semifinals, Finals, and MLS playoff format would remain the same as previously played. 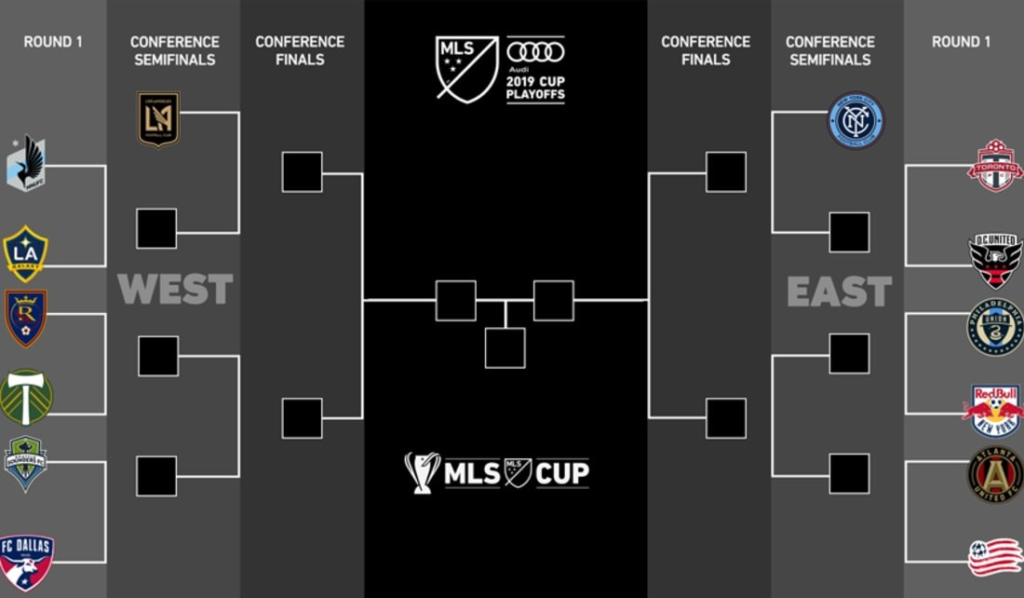 Due to the COVID-19 pandemic, the MLS announced that the final regular season standings and playoff qualification would be determined by points per game rather than by overall points since not all teams were able to play the 23 regular season games.

The would also be a play-in round where the seventh-place Nashville SC played and beat the tenth-placed Inter Miami CF while the eighth-place team, the New England Revolution, beat the ninth-placed team, the Montreal Impact.

The higher seed team hosted matches for the first three rounds with the regular season team with the best record to host the MLS Cup Final. 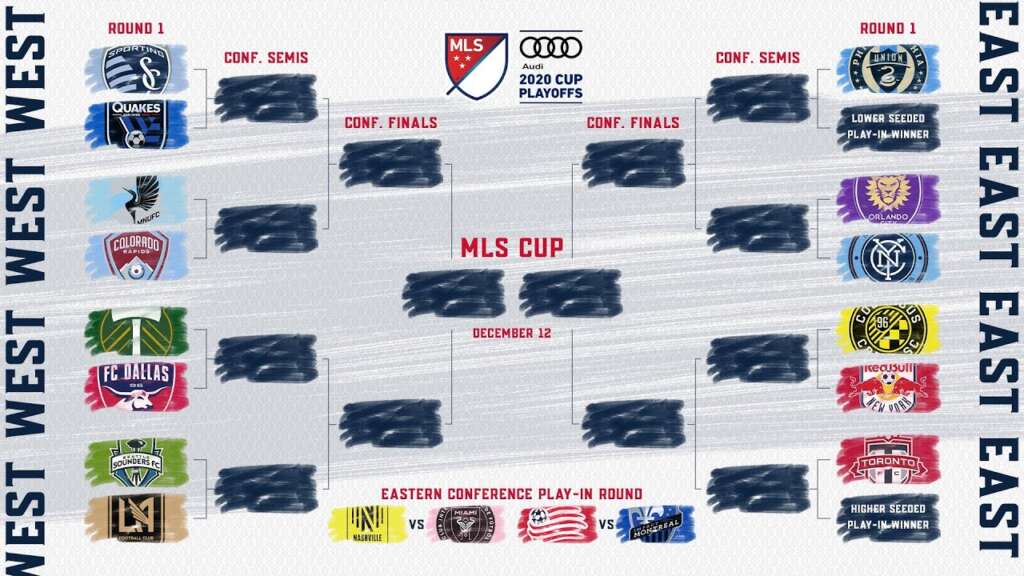 In 2021 we would see the MLS return to the newest playoff format they used during the 2019 season, which fans seemed to embrace for its expedited format and with the overall attendance at the MLS Cup Playoff matches has been good but I have to wonder what expanding the playoff matches by nearly double does for soccer in the USA during an already busy fall sports season, but it seems like we will find out very soon.