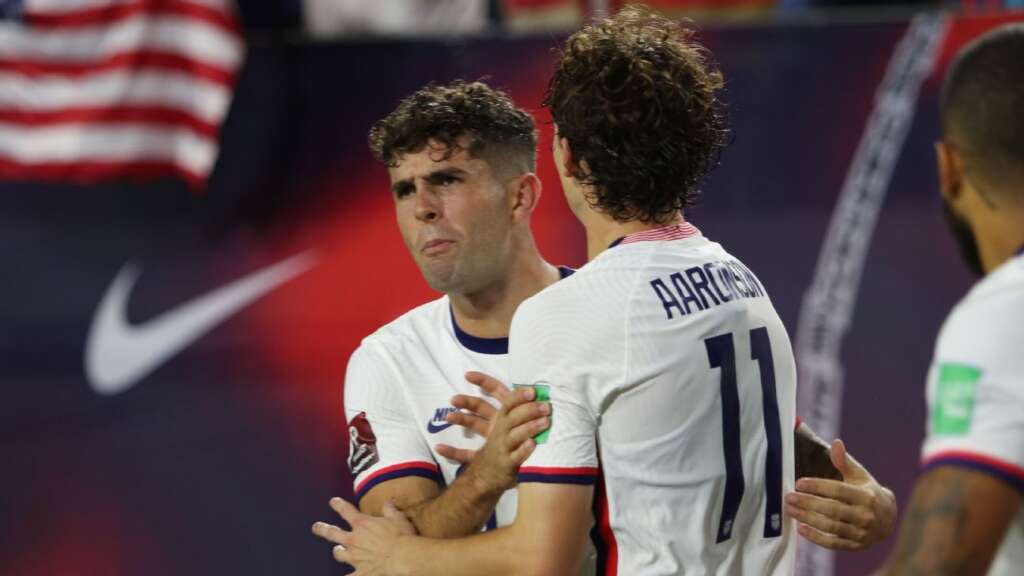 With Leeds losing to Arsenal last weekend amidst a great deal of controversy, I feel people haven’t fully appreciated what American midfielder/winger Brendan Aaronson did against, potentially, the best team in England.

While watching I logged Aaronson’s major contributions, as well as his biggest mistakes. So here’s a breakdown of what, in my opinion, might be on the shortlist of the best American performances this season.

(Disclaimer: My stream was laggy, so I may have missed key events)

In the first half with the game closed down, largely by design, Aaronson stopped 5 attacks (a stopped attack means the attack stops, there is a turnover, and a player isn’t getting significant defensive help on a play), helped stop 3 others, and created a chance off a corner. Admittedly, Aaronson did overhit a cross in the box, was caught out of position defensively twice, and was just about able to avoid being dispossessed after getting bodied twice in a play. However, overall, I think it was a strong performance vs the league leaders.

Aaronson led both teams in chances created(4), but this undersells his influence. The most valuable contribution of his half, which resulted in 0xG and will not show up in the box-score, was probably when Brendo found Bamford wide open, 6 yards out from goal just as he did last week against Palace. And for the second straight game, Patrick Bamford was unable to get a shot off. Brendan also set-up what should have been a tap-in only for Luis Sinisterra to stop his run early. Brendo created another high-xg look for Bamford near the end of the game, but again, the striker, still rusty after a long injury layoff, whiffed. Brendo also helped create the penalty, which Bamford missed, and nearly scored one himself from range. He also did some solid ball retention, link up, ect. Combined, I’d say it all adds up to a dominant offensive performance against the current title leaders.

In fairness, he was dispossessed(getting bodied again), and he missed some chances to get open as a scoring threat as Leeds were chasing an equalizer, but all in all, I think it was an excellent attacking display against an elite team.

In totality, despite losing, Leeds out-created Arsenal 1.8xg to 0.4 xg, had a disqualified goal, and had opportunities that could have easily been goals if someone managed to get a shot off. One could reasonably argue Aaronson was the biggest contributor to this, scoreline aside, dominant performance.

Comparing him to other exports, Aaronson probably offered more defense in the first half than any of Musah, McKennie, Pulisic, Reyna, or Weah have in any game this season. In the second half, Aaronson may have ended up creating more danger than any other American has managed in the top 4 leagues thus far.

This game may not completely satisfy those relying on npxG+A per 90 to to assess Big Brendo, but I think it was a great performance and credit should be given where it’s due.