Last Tuesday, I watched the USMNT look toothless and confused versus a terrible version of the Saudi Arabia national team (all domestic, some from the Saudi 2nd division!).  Then the next night, I turned on the US U20MNT versus Paraguay and saw something completely different.  I saw a team that controlled the ball, dominated it, and produced scoring chances often and with regularity.  It is exactly how you must think Berhalter wants the USMNT to play.  So, why after almost four years with Berhalter as the coach, can the USMNT not muster any goal threat against super weak opponents, much less good ones, outside of a few games?  I think I have the beginning of a reason, a key to unlocking the problem.

First, let us try and understand why the U20s look so good.  I think there are two reasons:  one is talent advantage and the other is highly technical players in all positions.  There is no doubt the US U20s are better than the teams they faced (even though they lost a game they dominated to Mexico).  But the USMNT has played games where they were much more talented, man for man, than the opponent with mixed results.  The latest is against the Saudi Arabia domestic squad.  Therefore, it is not so important to investigate the first reason as a deficit of talented players is not the problem.

The second reason, technical players in all positions, is a more fruitful avenue and the key to understanding why the USMNT struggles at times. Mikey Varas, the U20 coach, rotates quite a bit during the tournament, but he usually puts 10-11 technical players on the field.  He accomplishes that, many times, by taking a large surplus of technical central midfielders and playing them at winger, striker, and defensive mid, if he has to.  Just to clarify, when I talk about technical players, they don’t have to be Iniesta or Messi.  They have to have three things:  a good first touch, the ability to play on the half turn, the ability to pass to the correct foot for the teammate, and the situation.

If we look at some games where the senior team has looked as good as the U20s, versus games where they have looked lost, we can see that having technical players, and no weak links, is a minimum requirement to play how Berhalter, supposedly, wants them to play.  Most USMNT rosters to date, though, do not contain 11 sound technical players.  This is where we need to discuss a type of player that is common in pro soccer and on many USMNT rosters:  the Riser.  A “Riser” (could also be called a “Faller”, but let’s stay positive) is a player that can mostly do the technical things above, or do them most of the time.  The key to the Riser is that they tend to do them most consistently when they are with technical players and on the best fields.  When they are playing with non-technical teammates or on poor fields, they tend not to execute as well technically.  Some also seem to have long stretches when they are technical then stretches when they are not.

Here are players from rosters since the pandemic shut down sorted into Technical, Risers, and Non-Technical:

It is possible that the U20s have Risers mixed in too.  It will become clear that it is the ratio of the players that seems to matter.  Any Risers on the U20s are blending in because they are surrounded by Technical players.  We can also quibble about the above lists, but it won’t make a large practical difference if one or two players are in columns you have a problem with. 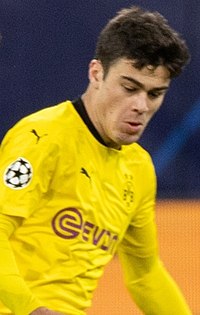 The first case study is to look at the Saudi game at the start and after Reyna is subbed for Arriola because of injury.  If you look at the performance with Reyna it wasn’t great; but it was much more coherent and better at getting near the opponent’s box than the time after he leaves.  To illustrate this, the USMNT had the ball at the feet of the attacker moving at the backline of Saudi Arabia six times in the roughly 30 minutes Reyna is on the field.  Over the next 30 minutes with Reyna off the field, this occurred once.

Here is the lineup before and after:

This is a small change, but the USMNT has tended to perform better when they have more Technical versus Non-Technical players.  Especially, on good fields and at home, the Risers in these situations tend to play best and help.

At the 60 minute mark, the USMNT makes three subs and this is what the lineup breaks down as:

With Technical players again outnumbering Non-Technical, the USMNT generated six instances of attacking the backline with the ball. Two of the most extreme differences in performance during qualifying was Away to Panama and Home to Panama.  In the former, the team was lifeless and didn’t record a shot on goal.  In the latter, the team was ball dominant, incredibly dangerous, and routed Panama 5-1.  The former was probably the worst performance and the latter one of the better.  Let’s look at how the lineups for the two sorted out between our three player types:

The technical skill between the two lineups is glaring.  In the Away match, we actually had more Non-Technical players than Technical and Risers added up.  In this case, Risers will be Fallers because almost all the other players are Non-Technical.   This might be one of the most non-technically proficient lineups we have played outside the Gold Cup.  That last bit is interesting and I will discuss it at in the next case study.

Other factors are on the road, on the road in Concacaf, and poor field and a hostile crowd for the Away match.  I believe these kinds of variables just make Risers into Fallers.  The US U20s have played in Mexico twice, Argentina and Honduras and have not really looked any worse than the few games they played in the USA.  So, I don’t believe a team of almost all or all Technical players has problems with fields, crowds, and travel as a team with Non-technical and Risers, like the USMNT.

The second case study is between the 2021 Gold Cup Final and the Home World Cup Qualifier versus Mexico.  Both games were at home, on good fields, and both were good results but accomplished two very different ways.  Here are the lineups broken out:

Here are the stats from the two games

Keep in mind that the Gold Cup Final went 120’ while the Qualifier only 90’.  But it is easy to see that while the USA won both games, they were very different games.  In the Qualifier, the USMNT dominated Mexico in a way never seen before.  Frankly, they looked like the U20s vs Paraguay or like Bayern Munich versus Augsburg.  Playing Mexico, at home, on a good field turned all the Risers into the best version of themselves.   The lack of Non-Technical teammates was also a big reason.  When you know your teammate will control the ball and do something productive with it, every time, you can play faster and move off the ball in anticipation.

The USA won the Gold Cup with what is a lineup even worse than the lineup that would lay such a dud in Panama a few months later (many of the players were the same too!).  Not only did they win, but they controlled the game, but did not dominate the ball.  What is different between that game and the Panama away qualifier is that the tactics were different.  Berhalter adapted to his non-technical roster by not playing how he tried to play in Panama or against Saudi Arabia.  The team didn’t play it out of the back, they used long balls and pressing to control the game and scored on a set piece to win it.

There is nothing wrong with playing that way.  Whether it will, “change the way the world views American soccer,” is not really the point.  No view will change if we play like we did against Saudi Arabia and exit the World Cup quickly.  Well, the views of the few fans of the team that will be tuning in to the World Cup will change, for the worse.  Berhalter has to field teams of mostly technical players and fill in only when necessary with Risers.   Unfortunately, the USMNT talent pool lacks Technical players at every position and injuries have repeatedly sapped many in every window.

This brings us back to the Gold Cup.  When Berhalter is forced, through his own negligence in finding and integrating Technical players, injuries, and suspensions to field teams with a large number of Risers and Non-Technical players, he needs to adjust the tactics to those of the Gold Cup.  Not continue to send the players out to execute a game plan that they cannot execute.

We have the key!  When the lineup allows, this team can play beautiful Total Football and be ball dominant.  When the lineup doesn’t allow that, Gregg needs to change tactics or we will lose.