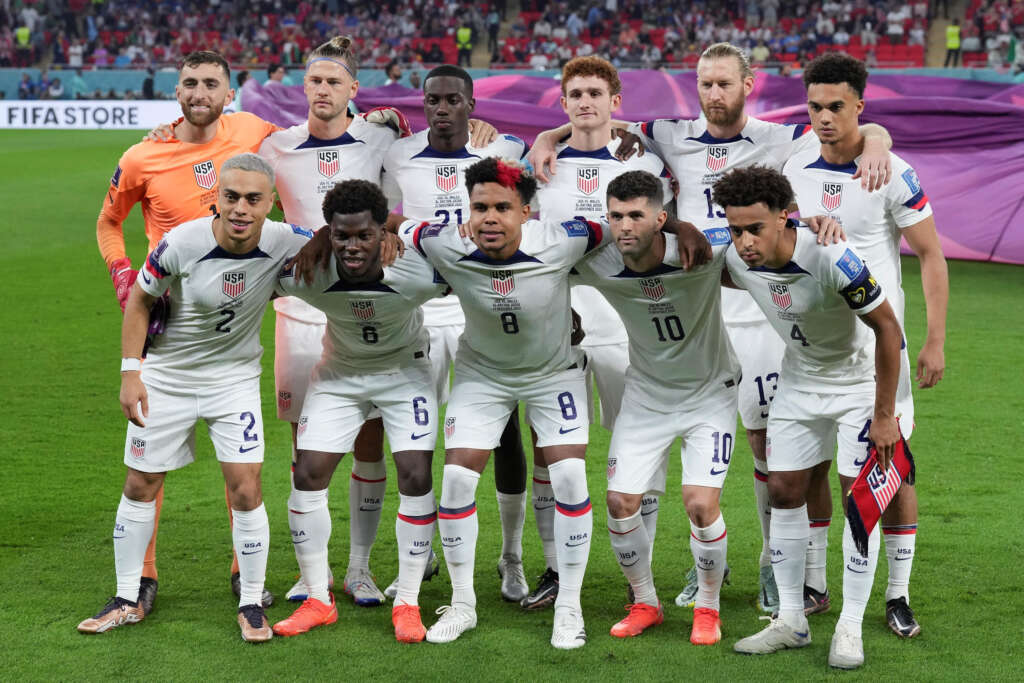 The 2022 World Cup cycle has come to an end, and while the tournament in Qatar is still fresh in the memory of USMNT fans, the road to 2026 is now beginning. A huge number of fringe players and young prospects will look to stake their claim over the next few years with hopes of making the final roster. While predicting a roster four years out is an impossible task, let’s take a look ahead at who could make up the 26-man squad when the World Cup comes to the United States in 2026. 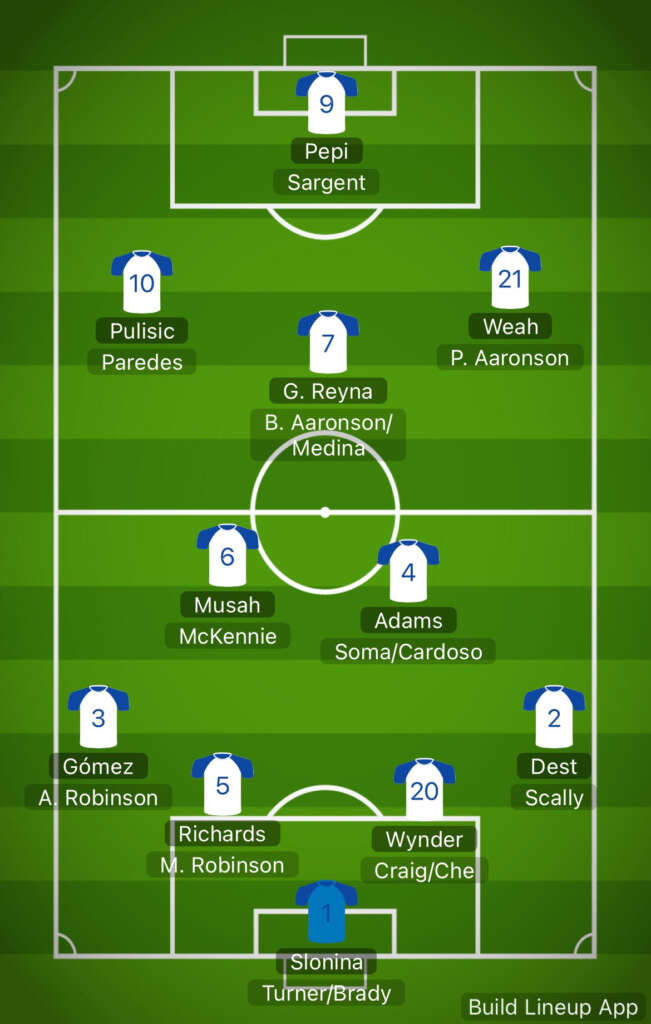 Matt Turner – The current U.S. #1 will still only be 31 by 2026 and will be in his prime. Turner has shown continued growth and has proven himself to be reliable. He is the incumbent national team starter for the foreseeable future, but it remains to be seen whether or not he will be passed up over the course of this cycle by a younger option.

Gaga Slonina – On his current trajectory, the Chelsea-bound native of Addison, Illinois, will soon break into the national team rotation and could be the starter in goal by 2026. After an impressive first full season as the Chicago Fire’s starter in MLS, Slonina was unlucky not to make the roster this year and will be hungry to earn his spot on the team over the course of this cycle.

Chris Brady – Slonina’s successor in Chicago has a potential that is arguably just as high, though he is much less proven. Like his fellow Fire Academy graduate, Brady will only be 22 in 2026 and should have enough experience to break into the senior national team picture after impressing with the U-20s.

Chris Richards – Undoubtedly the USMNT’s best center-back prospect at the moment, Richards only missed out on the 2022 World Cup due to injury, and he likely would have played every minute at the tournament had he been available. Richards has lots of growing to do, but the sky is the limit for him, and by 2026, he will be an irreplaceable part of the XI.

Miles Robinson – Another top center-back who missed the World Cup through injury, Robinson emerged as a key player for the U.S. after shining in MLS for Atlanta United. It remains to be seen how he will come back from a long-term Achilles injury that kept him out for almost a full season, but if he can return to his pre-injury levels, he will be back in the national team picture. If not, another experienced option like Cameron Carter-Vickers or even Walker Zimmerman could fill that role.

Brandan Craig – Craig was a key part of the U.S. U-20 team that won the CONCACAF title last summer and showed that he is a great prospect as a ball-playing center back. There are a number of candidates, old and young, who could make this team in central defense, but if Craig can establish himself over the coming seasons, his skillset could be valuable for the World Cup.

Joshua Wynder – The next big center-back prospect for the U.S. is Wynder, who will still only be 21 in 2026 but has the talent to break into the starting lineup if he continues his trajectory. Wynder, of Louisville City, is on the radar of many top clubs in Europe and MLS and is a name USMNT fans will definitely want to remember. 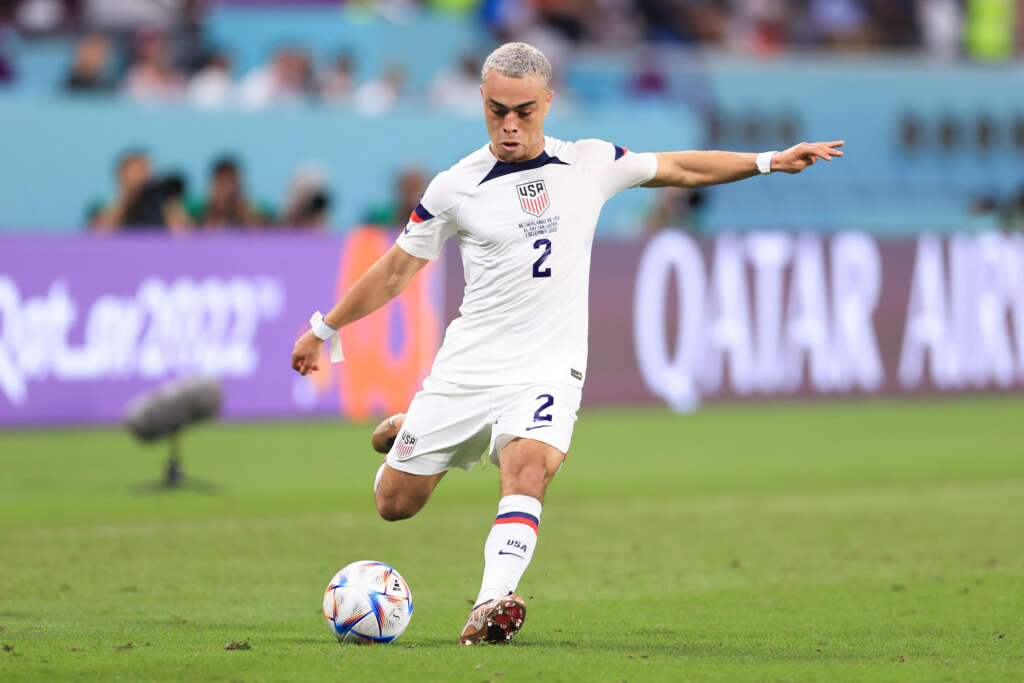 Sergiño Dest – One of the more high-profile USMNT stars at the moment, Dest will be hoping he can take his game to a new level over the next four years. If he can reach his full potential, Dest can be one of the best right-backs in the world and will be a lock-starter for the U.S. at the 2026 World Cup.

Joe Scally – Dest’s likely backup in 2026 will be Scally, the youngest member of the 2022 roster. After solidifying the starting job at Borussia Mönchengladbach, he will continue to improve and establish himself as a reliable option for the national team.

Antonee Robinson – While he certainly has his limitations, Robinson sets a high floor for left-backs looking to break into the national team, and it won’t be a while until he is displaced from the starting XI. He may be pushed out by 2026, but his experience could also be a factor since he will be 28 by the World Cup.

Jonathan Gómez – Long seen as the top American left-back prospect, Gómez has a long way to go to be the USMNT’s starter in 2026. However, he absolutely has the talent to reach that level, and if he chooses to represent the U.S. over Mexico, he could emerge as a long-term solution for a position that has long been problematic for the USMNT.

Justin Che – Though he has struggled to gain a foothold at Hoffenheim since arriving in January, Che is still seen as a good prospect that can play both as a right back and as a center back. The German-American dual national has a long way to go to get into the USMNT picture but does stand out against relatively weak competition for the right-back spot further down the pipeline. 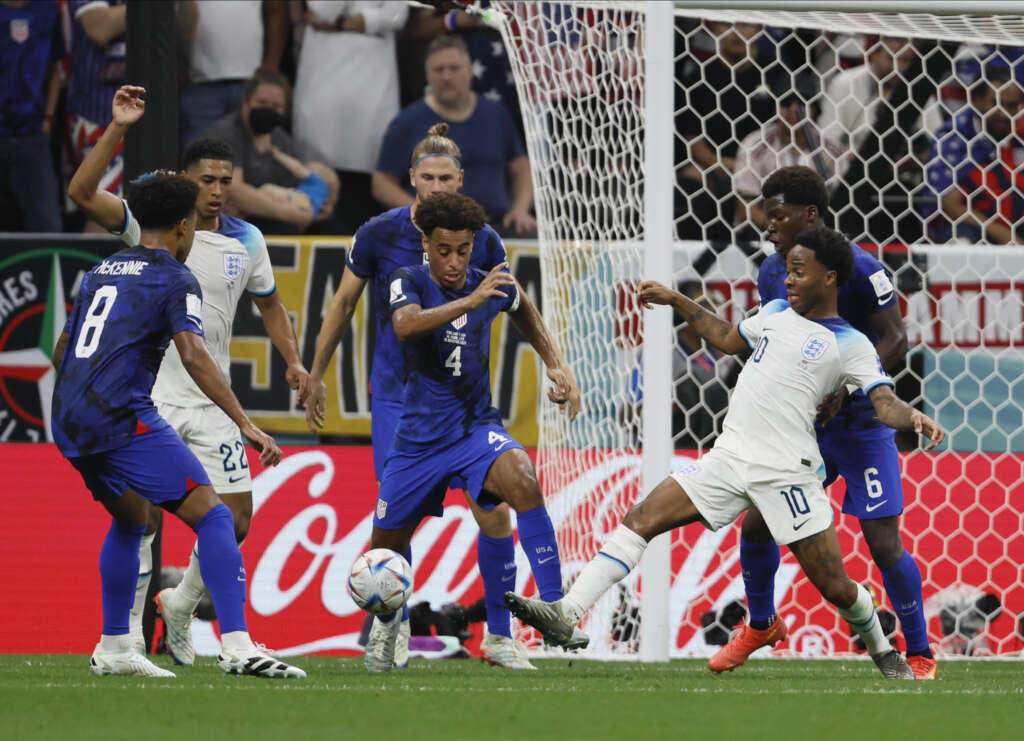 Tyler Adams – The USMNT’s captain had a standout World Cup in Qatar to add to what has been a fantastic season in the Premier League, and he is only going to get better. It will be exciting to see where Adams is four years from now, but unless something dramatic occurs, he will likely be starting in midfield come 2026.

Yunus Musah – Few American players are more talented than Yunus Musah, who continues to grow into one of Europe’s elite midfield prospects. By the time 2026 rolls around, he will be an indispensable option for the USMNT in midfield despite stiff competition from the younger generation.

Weston McKennie – McKennie is not the flashiest player, but he is still an integral part of the USMNT’s young core, and while he very well may not be a starter in 2026, he is still a very valuable midfielder with tons of high-level experience at Juventus and with the national team. He will be in his prime at the next World Cup.

Brenden Aaronson – The second most expensive American in history may not have made a big impact in Qatar, but he’s absolutely a core player for the upcoming cycle. Throughout his career, Aaronson may struggle to break into the USMNT’s starting XI, but nonetheless, he can play a big role and provide valuable versatility and flexibility.

Johnny Cardoso – It is impossible to guess which players from the United States’ huge crop of young midfield talent will break into the squad over the next four years, but one player very well positioned to do so is Johnny. The Internacional midfielder already has 4 caps for the USMNT and has looked good in flashes; with a move to Europe on the horizon, he’ll be fighting for a spot throughout the cycle and could beat out some very stiff competition from players such as Jack McGlynn, Alex Alvarado, Taylor Booth, and Alex Méndez.

Cruz Medina – Predicting who the youngest members of a squad will be four years from now is also incredibly challenging, but based on his current trajectory, Cruz Medina is someone who can push for a spot. The highly-rated San Jose Earthquakes homegrown will be 19 when the World Cup rolls around, and he could sneak onto the squad if he continues his growth as one of America’s top talents.

Pedro Soma – The long-term backup 6 spot for the USMNT is wide open, and no obvious player is coming up to fill it. Kellyn Acosta has always been a stopgap in that position, and it would be troubling if he is still around in 2026. One of many holding midfielders who could challenge for that spot is UE Cornellà’s Pedro Soma, who has been a standout for the U.S. U-17 team over the last couple of months and is being looked at by many clubs higher up the Spanish pyramid. 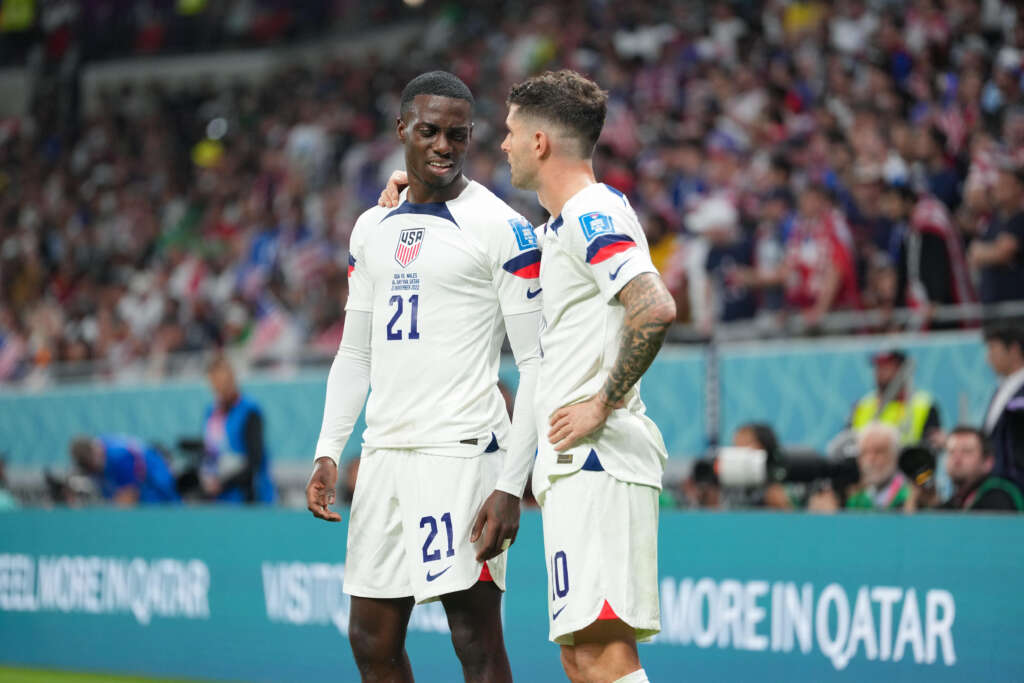 Christian Pulisic – It would be an incredible turn of events if Pulisic, the USMNT’s poster boy and arguably greatest-ever player, were not on the 2026 squad. Pulisic will be 27, in his prime come 2026, and hoping to lead the team on a great run on home soil. It is not a nailed-on certainty that Pulisic will be a starter, but it is incredibly likely.

Gio Reyna – The most talented player in the national team’s history is Gio Reyna, and he will still only be 23 when the World Cup comes to North America. Though he barely saw the field in Qatar, Reyna is one of the main keys to success for the future of this national team and will undoubtedly be a lock starter in 2026. Hopefully, Gio can move past his frequent injury troubles because if he can do that, he can reach his potential and enter the 2026 World Cup as one of the best attacking players in the world.

Tim Weah – On his day, Weah can be the USMNT’s best player, and he showed that in flashes throughout this previous World Cup in Qatar. If he can gain some consistency and produce those flashes of brilliance on a more regular basis, Weah can be a key contributor during this cycle and challenge for the starting job throughout.

Josh Sargent – The former youth national team standout finally started coming to his own in late 2022 and earned the starting job for the USMNT. Striker is a position of concern, but there are not many apparent options coming up through the pipeline that immediately stand out, so as of right now, Sargent is still a frontrunner.

Ricardo Pepi – Though not named to the 2022 roster, Pepi remains the USMNT’s main hope for the striker position. The 19-year-old has had a great first half of the season in the Eredivise and will be hoping he can translate that form to a higher level and break back in the national team picture. Ideally, an elite striker will appear that solve the United States’ persistent #9 problem, but in the lack of an obvious prospect in the pipeline, we can only hope that Sargent and Pepi pan out as hoped, or that Folarin Balogun commits to the U.S. and shines.

Kevin Paredes – Had things panned out a little bit differently, Paredes may very well have been on the plane to Qatar. Though he doesn’t quite get the publicity of many of the other young stars, the Virginia native is one of America’s top prospects and is already breaking through at Wolfsburg. A dynamic and exciting winger who can also play as a full-back or through the middle, Paredes could make his way onto the senior team sooner rather than later.

Paxten Aaronson – Just about pipping a number of other talented players to the final spot is the younger Aaronson. Paxten, who is set to join Eintracht Frankfurt this January, has long been considered the better prospect of the two Aaronsons, and if he can reach the same levels as his brother by the time the next World Cup rolls around, he’ll have a compelling case to make the squad. It should be mentioned, though, that he is just one of a host of competing players like Brian Gutiérrez and Quinn Sullivan, who are of a similar age, and players like Djordje Mihailovic and Alex Zendejas are also only going to get better throughout the cycle.