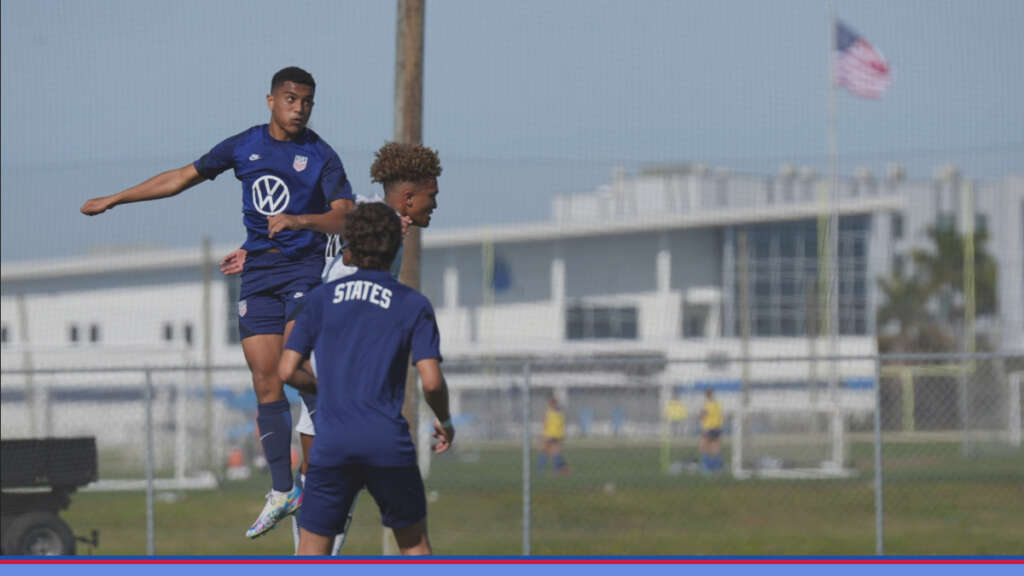 The U17s, which has been defined as players born in 2006 or later, in preparation for U17 2023 World Cup qualifying. This is the first time this group has played another federation since February 2020, right before the pandemic. The team is managed by Gonzalo Segares.

Pineda brought in 8 subs, using all 8 of his field players available to him off the bench. It was a bit hard to tell who came in and where as it was not communicated on the footage that I watched, but here is my best guess:

When watching youth soccer, I am looking mostly for flashes of high quality play and moments of excitement. I am not concerned with the scoreline and I am not too concerned with the lows. These are kids and they are going to make a good amount of mistakes. The important thing is to identify potential and hope that over time consistency comes.

Overall I was very impressed by the variation of skill, athleticism and mentality, especially with the starters. Stylistically, the boys played very similarly to how our senior team wants to play and I saw a real dedication to pushing the ball forward and applying pressure on Argentina. The press applied by the front three was very effective and caused a lot of problems for Argentina and subsequently created a lot of dangerous situations for USA.

Our passing, for the most part, was decisive and crisp and we created a lot of good opportunities. The first half was even. We scored in the first minute after creating a turnover in the press and connecting two quick passes, ending in a clever back heal by Micah Burton to Cruz Medina who slid it past the Argentinian keeper for the opening goal. Argentina later scored two goals in the second half, creating almost all of their danger in counter attacks. The first on a driven cross that was inches away from being cleared by LB Dalgado. Kochen rightfully came out to close down the angle and the Argentinian winger found a small crease on the near side. The second goal was an own goal by Dalgada, who had a tough day defensively after Tyler Hall was caught out after a turnover. Again, the ball came down the left side and a low cross barely missed Stuart Hawkins feet and as Riley attempted to clear it over our own goal, he put in the back of our own net.

Our boys dominated the second half. We kept the ball in their half and created a lot of good chances, just couldn’t get one home to even the score line. The quality noticeably dropped in some areas when the solutions came in. We’ll talk more about that. Overall I thought we deserved better, at least a tie and looked like the better side. I was very happy with how the boys played and the level of skill they showed. It was a very fun and open game to watch. Not all youth matches are like that.

You can watch the full match here >>>

Before we get in to each player’s evaluations, it’s important to not that these at 15 and 16 year old kids that are still developing physically, so a lot can and will change with them by the time most people are able to watch them as senior level players. Don’t take these evaluations as the final verdict on these players. There is a lot of development time left.

Kochen was super impressive. It’s very easy to see why he is playing up a couple of levels at La Masia. He’s in good positions, he’s aggressive, smart and athletic. He had a couple really nice reaction saves and made a couple of smart, aggressive decisions to come out and either punch the ball away or tackle the ball away. He was also impressive with his distribution and looked very comfortable on the ball. Assuming he continues to grow, he looks like the real deal.

Riley had a tough game defensively. He struggled to keep the Argentinian right winger in front of him and was late and off with his backside positioning on the two goals conceded, one of which was an unfortunate own goal. The pace of the right winger seemed to give him some challenges.

I really loved how Riley kept fighting and got involved in the attack. He’s got a nice left foot and combined well with Darboe and Burton. He looks to have some skill on the ball and he kept fighting all game. I really respect that after a couple of tough moments.

Stuart did not stand out to me as much as the other CB that we will talk about next. For a CB, that can be good and bad. Overall Stuart was solid. He is not naturally left footed, which stood out, and he was the taller of the two CBs. He had a couple of really nice long balls and timed a couple of tackles well. He had a good idea of when to step and close down defenders. He made a couple of questionable decisions on the ball, but nothing too concerning. He was late to identify the own goal cross and was a few inches away from being able to clear it. Overall, nothing remarkable but an overall solid performance.

The captain! And very easy to see why. Tyler plays with a ton of energy and passion and was all over the pitch. I loved his range and athleticism and he flashes some skill on the ball as well. He also had a couple of very nice line breaking passes. He was caught out in a tough position on the second goal, but overall I thought Tyler was easily one of the most impressive players on the day for the US team.

This kid was super fun! He’s oozing with technical skill. He’s got a nice first touch, great range on his passing, dribbling ability and a really good feel for how to attack a defense. I am not sure he is best suited as a RB. He’s taller, and while not slow, not the profile you typically look for in a RB. I think his skill on the ball and long passing might be better suited in the middle of the field. He even tried to rainbow a defender!

Edwyn was very solid and competent as the 6. He showed up in good places on defense and was very effective in progressing the ball both with the dribble and with a pass. He has a smooth left foot. He might not be the quickest player, but he’s got skill and he was effective in ball progression.

To me, Cruz was the best player on the pitch and he was also the most confident. He scored the only American goal and was constantly getting into duels and pushing the game forward. He’s got super quick feet, he’s aggressive, creative and he is equally effective dribbling by defenders and picking out a pass. He’s also very smooth on the half turn. There is a ton to love about Cruz’s game. Very easy to see why Bayern was interesting in having him trial. Definitely one to keep tabs on. Full comp here:

Luis Moreno is a guy you want on your team. He’s scrappy and doesn’t back down from any dual or challenge. He’s not the biggest kid right now, which does impact his ball security, but he’s super tough and has really quick feet. He Medina both flashed nice technical ability in the midfield.

Darboe is a very athletically gifted and strong kid for this age group. He was a menace in the press and created a lot of danger by terrorizing Argentina’s RB. He loves attacking defenses with the dribble and pushing the game at the back line. The ball got stuck on his feet a couple of times and he had one long range shot on goal. Overall it was a solid performance.

Barajas loves to have a go at goal and he has a nice left foot. I loved seeing a right footed player attack from the left wing and a left footed player attacking from the right wing. Fidel is a little undersized at this level, but quick, aggressive in the press, and as I said, looks to get a shot from all distances. I thought he had a couple opportunities to setup his teammates for good chances that he either missed, was late to see or decided to shoot instead.

Micah was another player that flashed a ton of skill and feel for the game. He assisted Medina’s goal with a saucy back heel. He was connecting play all day as more of a Jesus Ferreira type 9 and had a good feel for making himself available to his teammates in build up. He struggled a little as a hold up player, he’s not a big kid, and probably would be better suited as a playmaking 10.

Two subs caught my eye. The first is a player I am very high on, Pedro Soma, from the Cornella Academy in Spain. He subbed on for Mendoza as a 6, though I think he could be equally as effective as an 8. Pedro is a super smooth and athletically powerful player. He’s great in the air and he is very smooth on the ball. He weaves through defenders with ease, with a good understanding of how to shield defenders with his body leverage. He also distributes well. He had a nice moment of connection with Gitau that ended in a left footed strike from distance that was deflected. I hope to see him start vs Uruguay on Friday.

Gitau was the other sub that caught my eye. He subbed in for Darboe at LW. He was also very active and disruptive in the press and he was very effective in attacking defenders 1v1. He had two very nice shot creation moments after some nice step over dribbles to unbalance the defender. He is a big, fast athlete that also has skill and some feel for finding his teammates. He is another I hope to get a longer look at next game.

Next, the boys take on Uruguay on Friday. I have no idea what time they play and if we’ll get footage. US Soccer hasn’t been communicative with any of that.