The 2021 Olympic Qualifying roster has just been dropped and it could be the strongest team the USA has ever sent to the qualifying tournament.  However, it is not the strongest roster it could have sent.  In fact, it is not even close.  I will show that you can make three or four rosters of players left out that is stronger.  Now, this isn’t a prosecution of Coach Kreis and USSF.  The players on these following rosters were unavailable due to release issues or injuries.

Of course, this is no contest.  What is glaring about this matchup is that the “A” U23 team is just one player short of being the “A” Senior team.   As the hosts of the excellent Scuffed podcast noted, that U23 collection might be the most talented USMNT ever.  Every player on the “A” was unavailable because they are too important to their club teams to release (FIFA doesn’t mandate the release of players for the Olympics).

Ok, that was easy.  But can I really conjure up another entire starting 11 of U23 American players better than what is going to compete in Guadalajara (site of CONCACAF 2021 Olympic Qualifying)?  I believe I can:

People might start to quibble at some spots.  At LB, I have a dual-nat that only recently expressed interest in playing for the USA.  At the #6, some might argue Yueill is better than Sands.  Those are valid, but the rest of the roster is overwhelming in favor of the “B” team.  In fact, several of the players were chosen by Coach Kreis last year over players he had to chose this year because these were unavailable.  Out of all the players listed so far, Richie Ledezma is the only one unavailable because of injury.  Which is a rare occurrence in our player pool.  Although, if healthy, Ledezma would undoubtedly be a key player for his club and not release anyway. 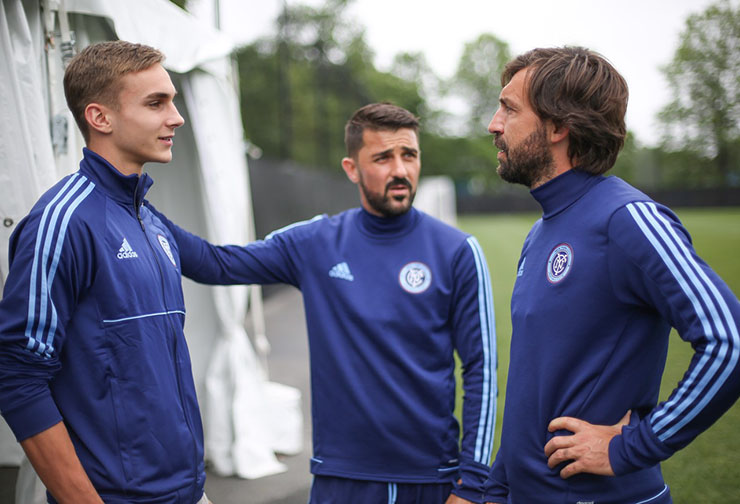 So, we have the Olympic team as not the “A” team or the “B” team.  What grade of team are we sending to Mexico?  How far down the barrel are we scraping anyway?  Could I come up with a better “C” team?  I think I have:

Again, some quibbles.  Vines is the better LB.  Glad is better than Keita.  But Robinson is better than Pineda.  Reynolds just sold for $8.5 MM to Serie A club Roma.   Otasowie is on the fringe of an EPL team.  But even if we call all these positions a wash (Soto or Gioachinni, Sabbi or Lewis, etc); the best player, when healthy, on either team is Paxton Pomykal.  So, you have to give it to this roster.  I don’t know if you call the Olympic roster the “D” team though.  How about “C-“.

The 2021 Olympic team is at best a “C-“ U23 team for the USA at this moment.  So, why am I smiling?  Because it is probably the best team we have sent in a decade at least.  Think about what that is saying about our overall player pool…our best 2021 Olympic Qualifying roster, ever maybe, is the current “C-“ team.  The explosion of talent at the U23 level is astounding compared to just five years ago.  And if you read the excellent articles on this site by David Kerr, you will learn it is just the beginning.