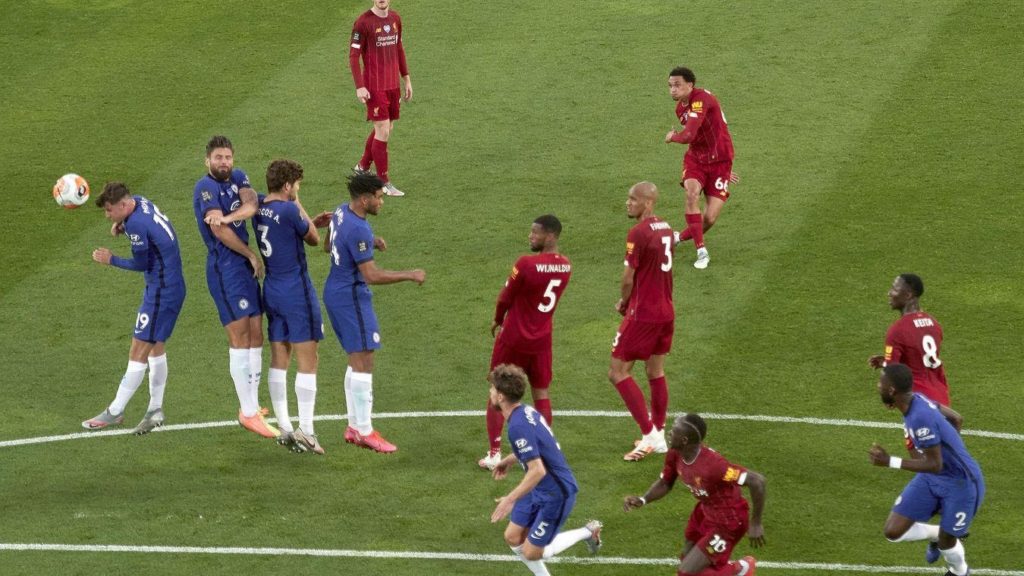 Soccer fans in the USA have a league pyramid conversation that just doesn’t happen with fans of other American sports.  “What league is best and which of two leagues is better?”  NFL fans know which league is the best and certainly NBA fans do.  There are international baseball leagues, but clearly MLB is the top by a distance.  The only close call is college football, especially when the champion was elected by poll, where very little inter-conference play happened.  But this isn’t a conversation that was as all consuming as how soccer leagues fit in some grand pyramid.  Possibly, because fans were more interested where their team fit and less interested in the league it was in.

This is how I think Europeans soccer fans think of things.  I don’t have any large survey to go on, just a feeling after years following the sport.  A fan of Tottenham is mostly concerned about how Spurs are doing, where they are finishing, and their future prospects.  They don’t care to constantly assess where the EPL is in relation to other leagues, because it does not matter.  If Spurs get into the Champions or Europa Leagues, then they will progress or be eliminated based on what they do, not some idea of which league is better.

However, when European fans think of how good a league is, it is based on how that league does in European competitions.  That, invariably, is how the best teams in the league do in competitions.  Aston Villa or Paderborn will not be in European competition, it will be Manchester City, Liverpool, and Bayern Munich.  Leagues are judged by their best teams to outside observers.  This is also how soccer fans worldwide judge leagues, by the best teams in those leagues.  La Liga or the EPL is considered the best league because of how Liverpool and Barcelona do in competition, not based on Watford or Bilbao or some general idea of the median team in those leagues.

Where Does MLS fit?

That last bit is important because it is at the heart of why this is such a messy issue for Americans.  Americans tend to view leagues as a collection of roughly equivalent teams.  This is because most American leagues have parity or some mechanisms that facilitate competitive equality.  The NFL is the poster child for parity and the teams that are the best in any five year period can change radically.   Many MLS owners are NFL owners and much of the league was set up with forced parity.    There are no dominant teams in MLS like in every other soccer league.  At least, not consistently dominant.

But, if leagues are judged by the best teams, but one league doesn’t have any best teams how do you judge it?  This is a big problem for MLS because they want to be judged as a top league.  But in the Concacaf Champions League, they are major underdogs to Mexican teams.  But does that mean Liga MX is better than MLS.  Yes, by the way fans worldwide judge things.  The best Mexican teams meet the best MLS teams and curb stomp them almost all the time.

All non-MLS leagues are themselves almost pyramids of talent.  A few good teams tend to aggregate talent at that top.   So, while FC Cincinnati is not as good currently as LAFC, they are within the same ball park or could be if managed competently.  Whereas, Paderborn are never going to compete with Dortmund over 34 games.  If they did, the big teams will just buy the players responsible.  A case in point is Leicester’s title winning season.  It took incredible down years by all the big teams and at the end, Kante and Drinkwater were bought by Chelsea and Mahrez by Man City.

What does it mean for USMNT fans?

This is relevant to the USMNT because rosters are finite and the manager of the team has talent in many different leagues.  Is Tim Ream at Fulham in the Championship better than Walker Zimmerman at Nashville FC?  Gregg Berhalter has discussed this problem and how it is causing problems for his data driven approach.  That they can’t find an algorithm to compare data across leagues.  In other words, they don’t know how to compare Josh Sargent’s 5 goals in the Bundesliga to Gyashi Zardes’s 13 goals in MLS.  Just one data point among many they use no doubt.

It begs the question of whether the endless comparison of player X in this league and player Y in this league matters for USMNT fans.  I think it does, as world soccer is a pyramid and the best national teams have players at the top of that pyramid playing in the Champions League for the best clubs.  But viewing the pyramid as some finite steps of leagues with MLS slotted 13th and the Eredivisie 7th is probably not helpful.  Spending time on whether Julian Green in the 2.Bundesliga is playing at a higher level than Brendan Aaronson in MLS is a time waster in my opinion.

USMNT should view things as an actual league pyramid.  Pyramids have wide bases and narrow as the go up.   The top of the league pyramid is the Champions League and the clubs that perennially get there.  Chelsea, Ajax, Dortmund, Leipzig are clubs with Americans in this tier.  The next step to that is much broader.  It would be clubs that are mostly competing in the Europa league and clubs in the Top 4 leagues that are generally in contention for Europa league spots or almost always relegated from the Champions League to the Europa League after the group stage.   Wolfsburg, Frankfurt, Wolverhampton, Brugge are clubs in this tier with Americans.   After that it is incredibly muddied and I would lump it all together at the bottom of the league pyramid.  MLS, 2.Bund, English Championship, Liga MX, Turkish Superliga, Denmark, etc.   I would put the reserve teams of the first tier here too.  Then all the rest, League One in England, USL, Prem League 2, in one last tier that is not really relevant for the USMNT.

Then the question becomes, with so much of the player pool in the third tier, and not enough players in the first two tiers, how do we decide whom are the best players?  I would look for the players in that third tier that are dominating.  They are the best players in their teams, their teams rely on them, and they seem to be playing with a “cheat code”.   That is how I would describe Tyler Adams in the Fall of 2018.  Players in the third tier that are currently exhibiting this would be:  Jordan Morris and Antonee Robinson.  Paxton Pomykal is another that shows it when healthy.  Players that are pedestrian in this tier usually have not performed well over time with the USMNT:  Will Trapp, Daniel Lovitz, Christian Roldan, Corey Baird, are replacement level players in MLS that have not performed well and you would not expect them too.  Tyler Boyd is a streaky player in Turkey that has been streaky with the USMNT, Julian Green is a 2.Bund player that is good at a few things but doesn’t execute all the areas asked of him when playing with the USMNT.